Driving A Difficult Decision For Seniors 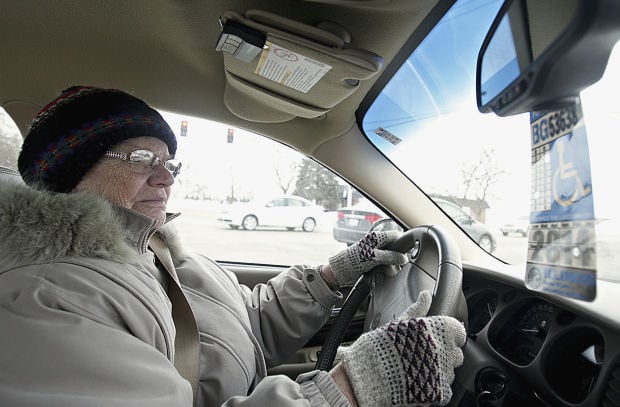 In this Jan . 24, 2014 photo, Dorothy Bierman, 86, makes a right turn while driving in DeKalb, Ill. Discussions about giving up one’s driver’s license are difficult for senior citizens. Bierman, who has been driving for 70 years, has a supportive son who has taught driver’s education to high school students.

DEKALB, Ill. | Nikki Crooke of DeKalb plans to keep driving until they tell her she can’t any more.

Crooke, 79, of DeKalb, said she would feel a terrible loss of independence without her driver’s license.

“I worked as a visiting nurse for hospice up until just three years ago,” Crooke said. “I put about 800 miles a month on my car.”

Discussions about giving up one’s driver’s license — and with it a measure of independence — are difficult for senior citizens.

Seniors, and those who care for them, need to have discussions about driving, advised Diana King, senior service director for Family Service Agency. But it’s not always an easy one.

“Always be respectful and sensitive when having that conversation,” King said. “Understand that it’s difficult to lose that independence.”

King said some refuse to give up their keys, and that’s when it gets difficult.

“It’s really hard, but sometimes you have to go to extreme measures like taking away keys,” King said. “You have to think of their safety.”

Dorothy Bierman, 86, of DeKalb, still drives and has a supportive son who has taught driver’s education to high school students.

“My son said if I ever failed my driving test,” Bierman said, “he would take me out and help me pass it again.”